Synopsis: Scott Lang (Paul Rudd) is a well-meaning former thief who is forced into committing a crime when he can't find a job due to his criminal record. He joins with his former prison cellmate Luis (Michael Pena) and his friends Kurt (David Dastmalchian) and Dave (Tip T.I. Harris). They steal Hank Pym (Michael Douglas)'s Ant-Man suit, thinking it is valuable. Unbeknownst to them, Pym wants Scott to have the suit in order to steal Darren Cross (Corey Stoll)'s prototype Yellowjacket suit. Hope van Dyne (Evangeline Lilly) helps train Scott, who ends up fighting Cross in a battle for the Yellowjacket suit.

Review: Ant-Man is a very good movie that I would recommend. Fans of superhero movies would like it. It is entertaining to watch and has a good soundtrack. Paul Rudd does a good job acting. His exchanges with Michael Douglas are particularly entertaining.

Title: Ant-Man and the Wasp

Synopsis: Taking place two years after Ant-Man, Scott Lang (Paul Rudd) is under house arrest after the events of Captain America: Civil War. He is rescued from his arrest by Hank Pym (Michael Douglas) and Hope van Dyne (Evangeline Lilly) so he can help them rescue Janet van Dyne (Michelle Pfieffer) from the quantum realm. Along the way, they are impeded by Ghost (Hannah John-Kamen) and Sonny Burch (Walton Goggins), who try to prevent them from saving Janet for their own respective reasons.

Review: Ant-Man and the Wasp is a great sequel to Ant-Man. Similar to the previous movie, it also has a good soundtrack and is entertaining. I would say this one is better than the original. The action sequences are very cool, with the shrinking and stuff. The action scene in the kitchen is my favorite. 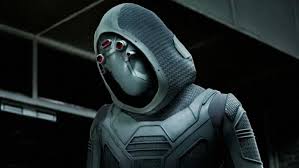 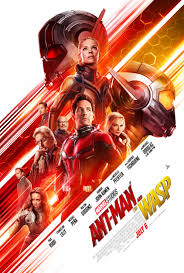 Ant-Man and the Wasp on IMDB